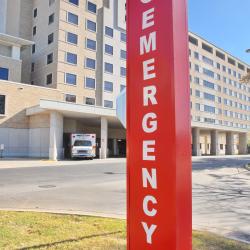 Tight Budget at a University Hospital

As an ER nurse, Suzanne has worked in a lot of places. She is comfortable with the intensity of the emergency room and knows how care is provided. But when she needed a change, she started helping hospitals on the revenue cycle side. She remembers one of her first projects, a university hospital in a medium-sized city. They weren’t in dire straits but they did want to see if they could be capturing more charges than they were. Suzanne shares the revenue cycle lessons she learned from working with this hospital.

“ER nurses don’t usually think of switching to the revenue cycle department when they need a change,” says Suzanne. “They are more likely to go work in a private cardiac practice. But it appealed to me.”

In her new role, Suzanne went methodically through the hospital’s files. She noted any charges she knew had been missed, just based on her experience working in emergency rooms. Part of her task was to validate whether their EHR had been set up correctly. There was some concern that charges may not have translated correctly from their previous system.

“Thanks to my clinical background, I was also able to see that their leveling tool was not assigning correctly,” explains Suzanne. “It was grouping services together without adjusting for patients with higher-level needs.”

In most cases, hospitals fail to review their levels and point systems. Any errors, especially after transitioning to a new EHR solution, would wind up embedded in their process. But when a hospital is pro-active, as the university hospital was in this case, they can ensure they are capturing every charge and assigning levels or points as accurately as possible.

Suzanne says she’s seen hospitals recover enough revenue to make a huge impact on their bottom line. She’s seen others get just enough to pleasantly narrow that gap between income and outgo. In both cases, she says it’s a no-brainer: why leave money on the table? Especially money that you’ve earned. In the case of this particular university, they captured a nice sum. Not a fortune but enough to offset 12 FTEs in the ER.

“But the best part, to me, is knowing that recovered money isn’t a one-off gain. With my help, these hospitals are able to ensure they capture those charges every time they provide the service in the future, too,” says Suzanne. “And that helps them keep their doors open, which makes a huge difference to their communities.”

Turns out, there is more than one way to help out in the emergency department.

Photo by Robert Linder on Unsplash